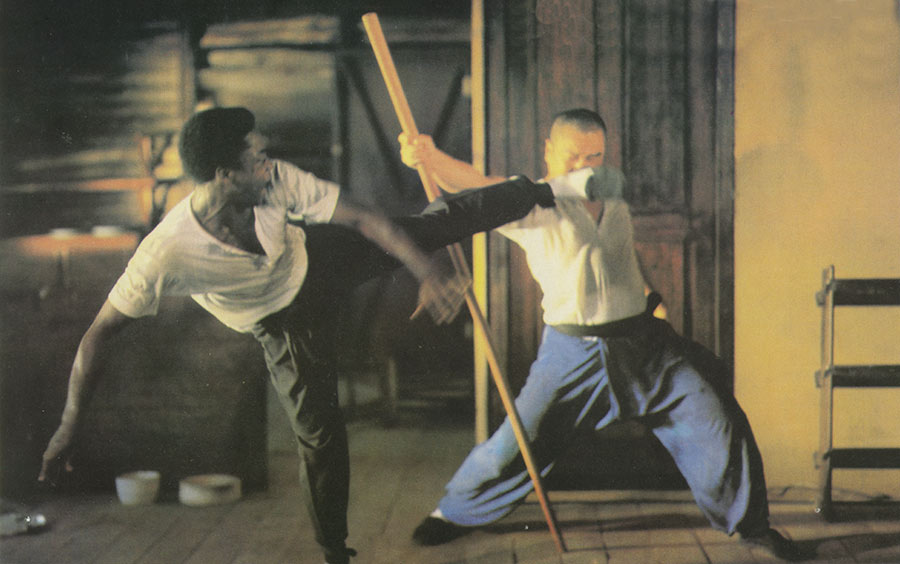 I recently spoke with Master Carl Scott and we have some very exciting content to release on the website soon! In the meantime, I thought I would post a list of the currently available Carl Scott movies that are available on Amazon.com. Please keep checking back over the next few months, because we will be working together to reveal even more surrounding Master Scott’s legacy in the martial arts and his philosophies on life and culture. Until then, I hope you enjoy the list and check out the links to Amazon.com.

Carl Scott played the character Donny in this film, with a plot reminiscent of The Godfather. Kung Fu Executioner takes place in 1920s Shanghai. A vicious Japanese drug ring is operating in the city with impunity and decide to get into opium trading with an escaped convict, after strongly urging a group of local business people to get involved with them. Martial-arts expert Billy Chong takes on the intruders single-handed. And Chong doesn’t believe in taking prisoners or giving his victims a second chance.

I first watched this film at the UA State Theatre in Jersey City, during the early 1980’s as “Kung Fu Executioner.” What always stands out for me with this film is the opening credits sequence, featuring a masterful series of weapons kata by Master Scott, including silver eskrima (kali) and nunchaku. Then Billy Chong takes over with a powerful kata, flying kick and brick breaking. You can watch this intro below in the videos section.

Carl Scott played the character Tommy in this film. Scott told me that Louis Neglia was one of the toughest on-screen battles he ever had. A Hard Way to Die takes place in the American West during the era when the railroad was being built. Scott’s family is killed after refusing to sell their land to corrupt railroad executives. At the same time, Chong’s friends and family are being bullied and harassed to force them to work harder on building the railroad. Carl Scott eventually meets up with Billy Chong, who teaches him martial arts, in order to avenge his family’s murders. The film climaxes with a battle between Billy Chong and Carl Scott against American Karate Champion Louis Neglia. As of 2015, Grandmaster Louis Neglia is still involved with the martial arts world, promoting a series of mixed martial arts events in New York City and Atlantic City, New Jersey.

Click Here to get Kung Fu Executioner on Amazon.com

Carl Scott played the character Tom in Soul Brothers of Kung Fu. The film also starred notable Hong Kong action stars Lo Meng – Toad #5 from the Venom Mob, Bruce Li – one of the Bruce Lee look-alikes that was a very talented martial artist, and Ku Feng – who has appeared in more than 300 Hong Kong-produced movies.

In Soul Brothers of Kung Fu, two factory workers (Bruce Li and Lo Meng) come to the rescue of a young African-American kid (Scott) who is attacked by some bullies that work for the boss of the plant. As a result the boss, not wanting to lose face, starts to harrass all three workers, making it almost impossible for them to find employment. As time goes on, Li, who has become Scott’s kung fu instructor, gets involved with tournament fighting, so he can make enough money to marry the girl that his friend also likes, whilst his friend goes down a different road – where he gets into a fight over a betting refusal and slowly falls into depression. The boss, seeing this, turns him against Li with the subtle use of a sexy bar girl. He also employs some specialists to rape and murder Li’s girl, and also attempts to kill Bruce Li and Carl Scott. Li is nearly killed, but after returning to health, he and Scott go into kung fu revenge mode against the men that murdered his girlfriend and finally the factory boss himself.

Trivia: Then unknown actor and stuntman Yuen Biao, who trained with Jackie Chan and Sammo Hung, provided the acrobatic doubling for Ku Feng in the final fight.

Trivia: The film had to be made during the summer because Carl Scott’s mother wanted him to return to America to go to school. Scott was only 15 years old when he first left for Hong Kong to train.

Click Here to get Soul Brothers of Kung Fu on Amazon.com 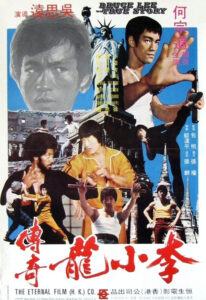 In this “Bruceploitation” biopic on the late martial arts icon Bruce Lee, Carl Scott played one of Bruce Lee’s (Bruce Li’s) students. Carl was an extra in the film, but his skills impressed producer Pal Ming, who brought Scott to Hong Kong to train for Eternal Film Company’s next Bruce Li picture, which became Soul Brothers of Kung Fu.

Trivia: BKF (Black Karate Federation) co-founder and Pastor Donnie Williams, who was interviewed for the upcoming documentary Blvd. Warriors, appears in Bruce Lee: The Man, the Myth. Williams also appeared in Enter the Dragon in the actual BKF dojo of the era, as assistant karate instructor to Jim Kelly’s character. In real life, Williams helped train a young Carl Scott, who studied Kenpo Karate for many years under the BKF and Sijo Steve Muhammad, as well as Grandmaster Robert Temple.

Click Here to get Bruce Lee: The Man, the Myth on Amazon.com

Billy Chong and Carl Scott sparring in a movie scene